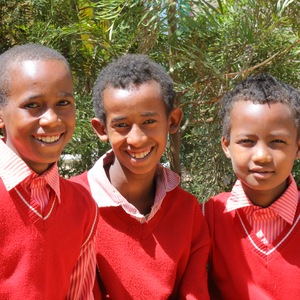 With a population of 76 thousand, Hosanna is one of the 25 largest cities in Ethiopia. Hosanna is 115 miles southwest of the capital Addis Ababa and serves as an administrative center for local government. It is also the center of Protestant Christianity in southern Ethiopia.

In 1929, a pair of missionaries from the Sudan Interior Mission (SIM) settled in Hosanna and began to share the Gospel with local residents. When Italy invaded Ethiopia in 1937, the missionaries were forced out of the country, leaving behind approximately 75 new Christian believers. In 1941, the Italian army was driven out and the missionaries returned to find thousands of Christians living in Hosanna. This dramatic spread of the Gospel formed the foundation of the Ethiopian Kale Heywet Church (EKHC), which today numbers more than 7 million members in more than 6000 congregations.

Upon their return, the SIM missionaries also discovered that 90 percent of the new Christian population was illiterate. Their efforts to subsequently provide training and discipleship established the roots of Christian private education in Hosanna.

Adams Thermal Foundation began supporting the school in Hosanna, called Children's Home Academy of Hosanna in 2013 through Children's Home Society & Family Services. There are 570 students at the Academy and the school enjoys full primary and secondary school status with grades K-12 offered. Students who attend the Academy not only benefit from a top quality education, but are also provided with healthcare, transportation and a meal program.

Each child receives annual health screens and has access to healthcare throughout the academic year. During the routine health screens, we regularly discover that a few of the children are HIV positive. Prior to the school health screen their status was not known. Those children now receive medication and extra medical care from the school.

The school also boasts a large garden. Produce yielded from the garden is used to supplement the school meal program. The garden is also used as a learning lab where children learn biology and families learn about sustainable gardening practices which can be replicated in their homes.

The enrollment process for the school is done in coordination with the local government, who help the Academy identify the children most in need, who may otherwise not have the opportunity of education. Adams Thermal Foundation is actively seeking sponsors for students so that more children can attend the school.  Click on the Sponsorship tab to see unsponsored children now.

Congratulations to the 2022 graduates of Adams Thermal Academy Hosanna! See below for the travel journal entry f...

Another Successful Trip is in the Books!

Why do our friends and supporters travel to Ethiopia with us in the summer? The answers are as varied as the ind... 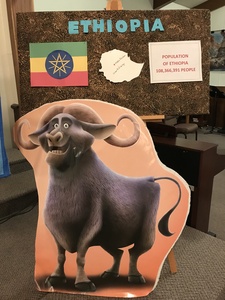 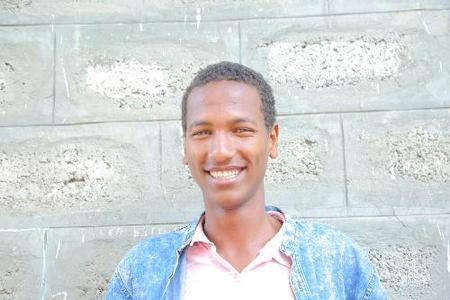