Central is a community of faith committed to connecting people with a life that counts for eternity by building disciples who go and change lives. Central began their involvement with Adams Thermal Foundation in 2015 and began supporting the construction of the high school in Hosanna as well as the meal program in Ottoro. Staff and members from Central have visited our operations in Ethiopia on three separate occasions. Also, Central Church has hosted Child Sponsorship Sundays three times since 2015 resulting in the sponsorship of more than 200 children. Recently, Central has provided a fresh water system for the community of Ottoro and has committed to help launch the high school in Ottoro. 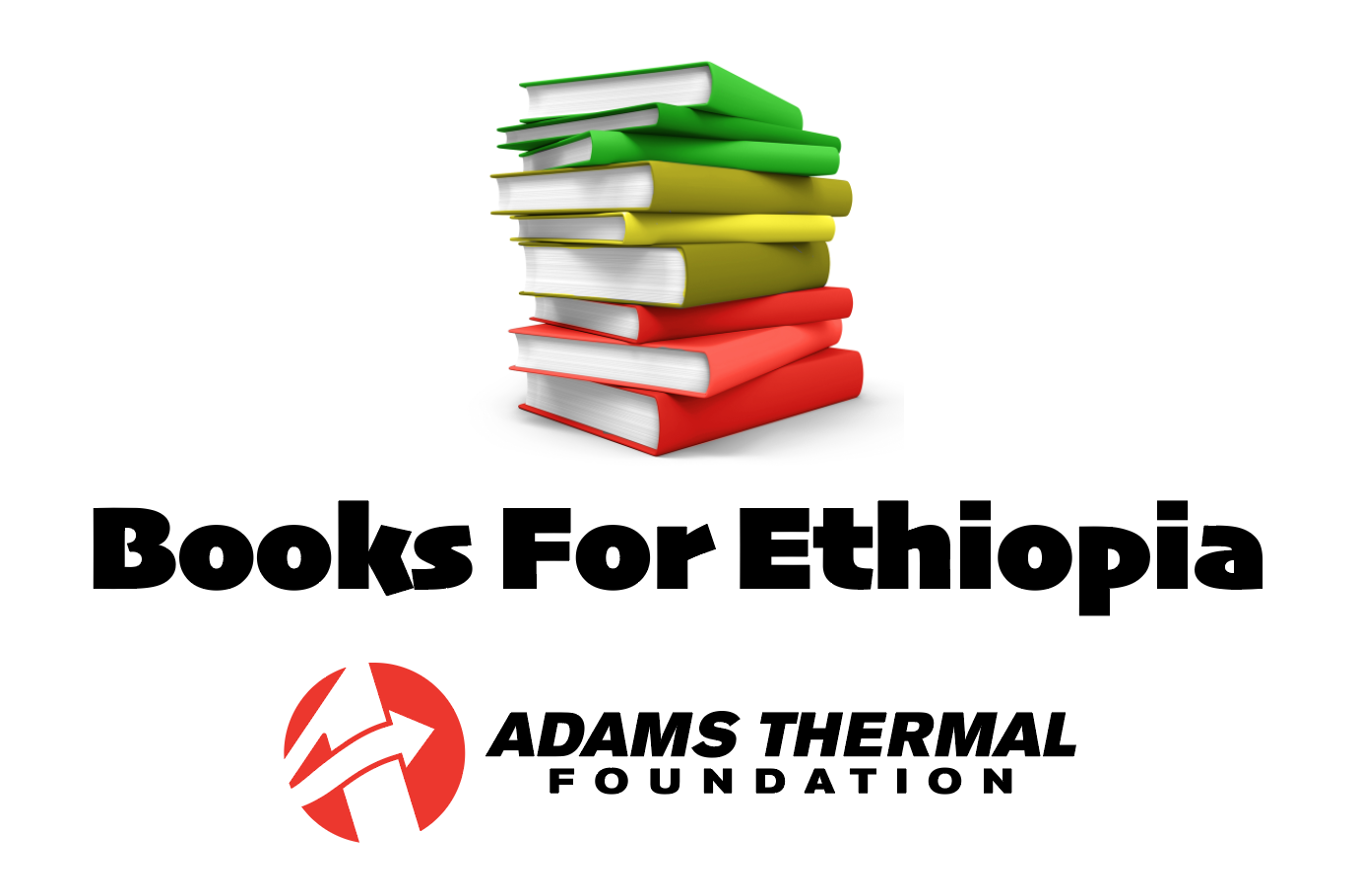 Learning in the poorest regions of the world looks quite different than the advanced educational methods we’ve become accustomed to. Adams Thermal Academies in Ethiopia have limited teaching resources. So old-fashioned, printed paper books are still the heart and soul of learning in rural Ethiopia. While there’s no shortage of books in the world, students in Ethiopia are desperately in need of more. And most of us have dozens, if not hundreds, of books we no longer use. 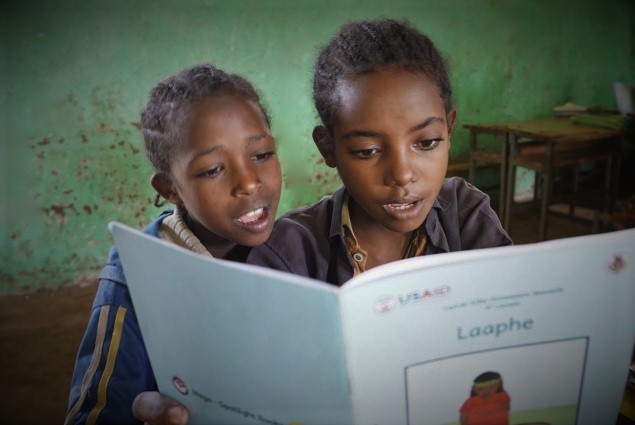 The Adams Thermal Foundation team is currently preparing a large shipping container to deliver a generous quantity of donated goods to Ethiopia in July, and there’s room to spare. So this is an excellent opportunity to ship, essentially free-of-charge, as many books as God will send our way in the next 30 days.

We are collecting two types of books:

If you have, or know of any K-12 text books for any subject, or Masters-level seminary literature, please consider putting them back into service by donating them to our eager students and seminarians in Ethiopia. CLICK HERE to see a specific listing of needed books.

We’ve set up a book-drop station at Central Church in Sioux Falls, at 3102 W Ralph Rogers Rd. The book drop is located just inside the doors of West entrance to the Church. There is a list of suggested book titles there as well. If you have questions, please email info@adamsthermalfoundation.org or call 877-678-1099.

2nd Annual Ethiopia VBS Is In The Books!

What would make 500 kids give up their first week of summer vacation? The answer is Vacation Bible School at Adams Thermal Academy in Hosanna, Ethiopia!
For the 2nd year in a row, children from the Academy and the local Hosanna community showed up for four days of music, singing, crafts, story-telling, games and food. Grades kindergarten through 8th learned about Queen Esther, Moses, the Woman at the Well and Adam & Eve. Grades 9 through 12th learned about the seven "I AM" statements from the Gospel of John. Crafts included tambourines, zebras and lion manes. Games included freeze tag and the chance to learn about American football.
Central Church from Sioux Falls, SD provided leadership and coordination while other volunteers came from the U.S. and the capital city of Addis Ababa. A total of 34 helpers including Academy teachers made sure the week was fun, encouraging and sent every child home with the message that "Jesus Loves Us"! And because Jesus loves us, we can be brave, joyful and saved! Many of the supplies needed for VBS were brought over from the U.S. in the luggage of volunteers. International flights allow a total of 100 lbs. of luggage per person. So lots of construction paper, glue sticks, crayons, balls and paper plates made the 7,000 mile journey in order to minister to children and their families. The weight of the supplies going over was great, but the rewards were even greater.
Adams Thermal Foundation launched their VBS program in Ethiopia in 2018 with the hope of engaging volunteers from the United States to come and share their time and talent with the "poorest of the poor" in Hosanna. Volunteers at this year's VBS commented on how even the simplest things, such as coloring a picture, brought extreme joy to the children attending. "They're like 500 sponges running around soaking up everything we can give them," said another volunteer. And the joy was contagious, filling the hearts and minds of everyone involved.
If you or your organization would like the opportunity to participate in VBS in Ethiopia, call 877-678-1099 or email info@adamsthermalfoundation.org.

In 2013, when Adams Thermal Foundation (ATF) initially took over the operation of the school in Ottoro, they discovered the spring-sourced, gravity-fed system that had supplied water to the school was dried up and the infrastructure degraded. This marked the beginning of the Ottoro Water Project. A temporary solution was put in place when an alternative active spring was located and the infrastructure repaired. While water was once again flowing to the school, the supply was limited and would need to be upgraded further and stabilized.

Adams Thermal Foundation retained a water engineer and, working in conjunction with local government officials, began the search for a higher elevation spring source that could serve the school and local community for the long-term. The water team identified a source 4.6 kilometers away from the school at an altitude of 9,065 feet above sea level. The spring had a capacity of 1.4 liters per second and could easily fill most of a 50,000 liter reservoir overnight. Another smaller source with a capacity of 0.4 liters per second was located nearby. So negotiations began with local government and zone officials to cap both springs and distribute the water down the mountain with a gravity-fed distribution system. There were two primary issues to negotiate. First, the rights to cap the springs and use the water. The second issue was to establish ownership, administration and maintenance responsibilities so that the system would be kept in good working order. Agreements were made with both the Ottoro community, called the Duna woreda (district) and the neighboring Tembaro community, called the Bada woreda.

Vital to the success of the water project was the contribution of labor by members of the community. This labor served as the only investment the local community could offer. However, it also ensured maximum engagement and ownership by the community so that the long-term viability of the water system could be guaranteed. The community also provided some of the building materials that could be harvested nearby. Men and women, young and old, brought their farming hand-tools and began digging a trench for the water pipeline all the way up the mountain. Those who could not work came to offer encouragement and prayers for the laborers. No roads could access the water points or sources so all the supplies including sand, rock, cement, rebar, pipe, valves and fittings had to be walked up the mountain on donkeys and horses.

When the water was officially turned on on Tuesday, December 11, 2018, seven (7) villages comprised of 550 households and an estimated 3,300 users began receiving fresh, clean water daily through local distribution points just minutes away from their homes and Adams Thermal Academy Ottoro is tapped into the end of the new pipeline. The 560 students at the Academy are finally enjoying the permanent benefits of good sanitation, clean hands and faces, and pure water to drink as they grow and learn. Best of all, children are in school rather than fetching water several hours each day for their families.

Half orphan, He wants to be a Pilot when grow up.

She wants to be a Doctor when grow up.