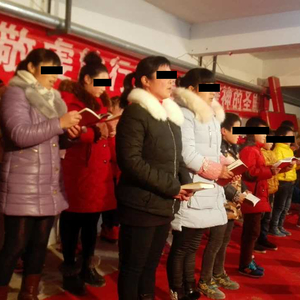 In August of 2012, a team from Adams Thermal first met the leadership of Gan En Tang Church, a Christian congregation located in Henan Province in the People's Republic of China. "Gan En Tang" means graceful and thankful. The church is situated within the most populous region of China, an area with more than 1 million residents. Despite being the most populous county in China, more than 90% of the people live in rural villages under poor conditions due to extreme poverty. Agriculture is the primary economic driver and most families live off less than 800 yuan per month or $4.50 per day. Approximately 12% of the local population is Christian.

As in many developing areas, local churches serve as community centers and meet many of the needs of the local population. Leaders of the Gan En Tang Church described their success and recent growth to the Adams Thermal team during their visit. But the church also faced huge challenges as their building was quickly deteriorating and the foundation was actually sinking. In addition, their numbers had grown to the point of over-crowding (up to 1,000 attendees), and many families were sending only 1 or 2 family members to services in order help alleviate the problem. Lastly, there was no facilities for children, so younger families were not being served.

Despite their lack of resources and their daily struggles to meet even basic needs, the leadership of Gan En Tang Church shared their vision with the team from Adams Thermal - to build a new facility next door to the one that was crumbling. Although many who attend Gan En Tang cannot read or write, the leadership had gone to great lengths to explain to their congregation the dire situation before ultimately taking a vote regarding a solution. The congregation decided to build their new church with their own hands and with resources that would become available as they were able to afford them. Trusting that their work was divinely appointed and honoring to God, church leaders along with their over-flowing congregation members prayed in faith and believed that the project would happen somehow.

In light of Adams Thermal Foundation's mission to 'alleviate the suffering of the most vulnerable' and based upon our 'Christ-Centered' vision and values, the decision was made to financially support the congregation at Gan En Tang Church and the construction of their new building. The congregation officially broke ground in early 2013 and currently, the building structure is completed. The congregation is actually meeting for worship services on the first floor of the new building while the finishing work is being completed. We look forward to the day when the project will be completed and the people of Henan Province can be served with love in the name of Jesus Christ.