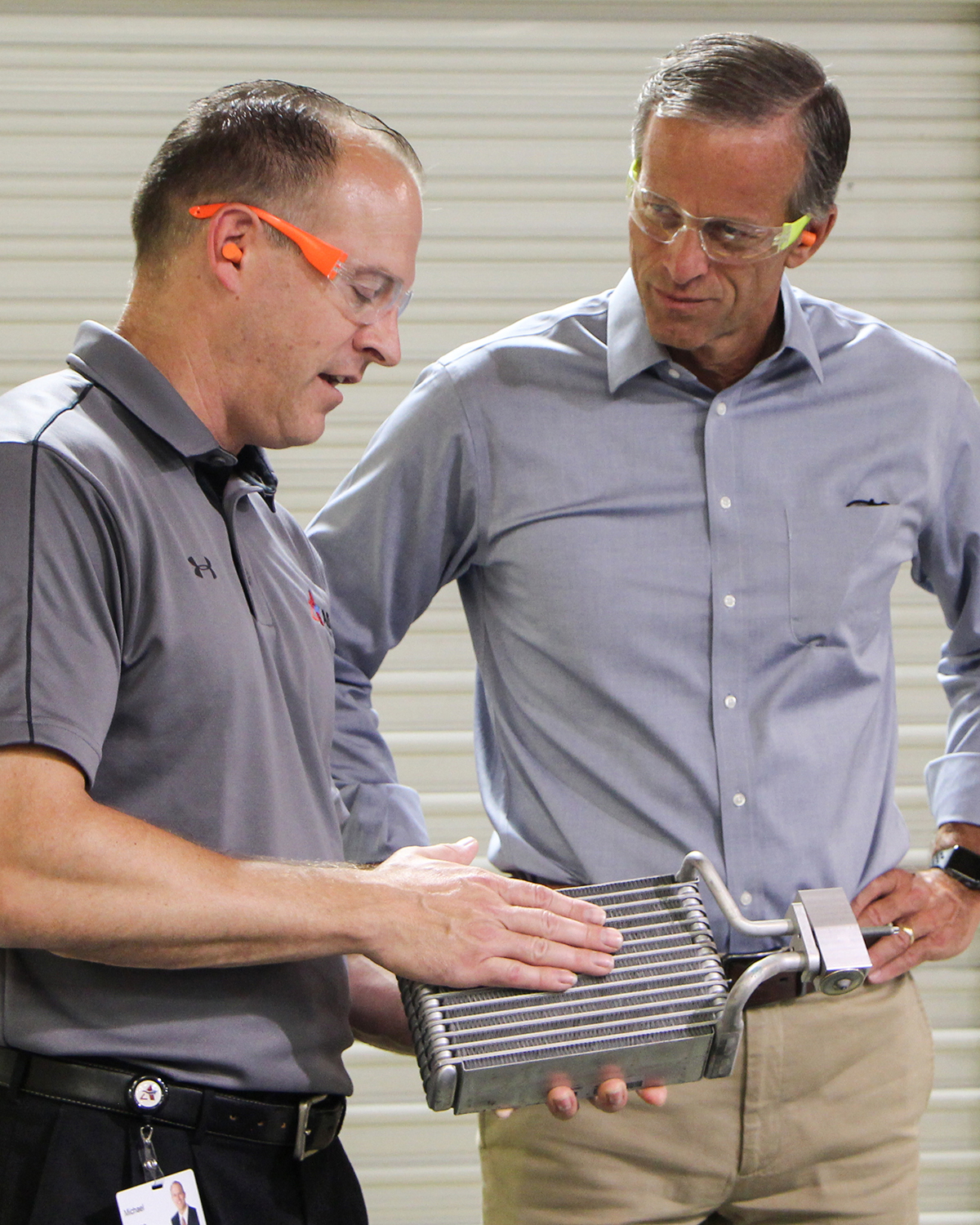 Senator Thune is committed to helping grow jobs right here in South Dakota, and discussed with Mike the various activities going on in Washington to support this goal.  Also, as Mike talked about the Adams Thermal Academies in Hosanna and Ottoro Ethiopia, Senator Thune was encouraged and pledged to assist in any way he could, including help with the embassies and other pertinent agencies within the government. Senator Thune also visited the local Rotary Club in our hometown of Canton, SD where he shared about some of his experiences as the Senate Majority Whip.

We truly appreciate those elected officials that take the time to come and learn about our day-to-day issues and concerns. Thank you, Senator Thune, for your time and attention!