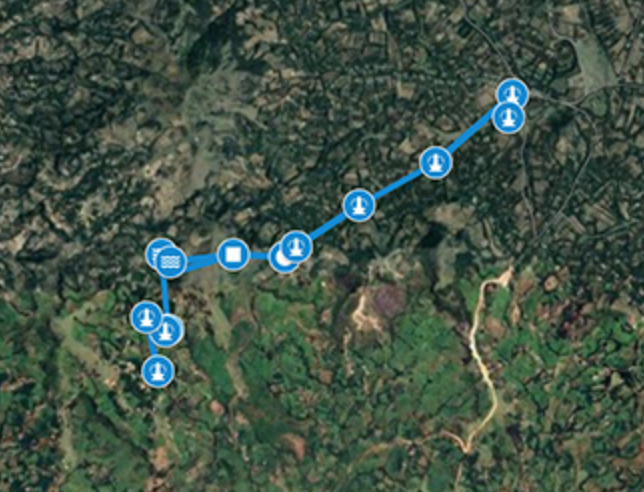 The school which is now Adams Thermal Academy Ottoro was opened in 2007 with a water source in place and some electrification. Having these resources was new to the community and the regular maintenance necessary to keep them operational fell behind. Eventually, the water valves and other system apparatus corroded and failed, leaving the school with no water for sanitation, consumption or any kind of a food program.

Initially, the Adams Thermal Foundation vision for the school in Ottoro was to add a grade-level every year until students could ultimately graduate high school. In Ethiopia, high school graduates with satisfactory academic performance can attend university or trade school for free. So the strategy was to grow from the current K-8th grade to high school as quickly as possible. But when Adams Thermal staff started to look at photos of the students in Ottoro, priorities changed.

Photos of students were taken for the new online child sponsorship application launched in 2014. Those photos displayed a marked difference between children in Hosanna and those in Ottoro. The students in Ottoro consistently showed signs of malnutrition and disease. In addition, teachers reported students fainting in class, falling asleep and other behavior detrimental to learning. So priorities for the school changed immediately. Plans were put in place to develop a meal program like the one in Hosanna and to find reliable water sources for the long-term.

Ottoro is rural and isolated with virtually no infrastructure. Setting up a food and water program presents many more challenges than operating in Hosanna, a city of approximately 80,000 people. Pursuit of a water solution must include the infrastructure that is lacking in rural areas. This increases the scale, timeline and cost of the project. Children's Home Society of St. Paul, MN - the organization that founded the school in Ottoro - had recently completed a gravity-fed water system in nearby Mudula just prior to Adams Thermal Foundation taking over the school in Ottoro. The Mudula system capped a spring at higher elevation and then allowed gravity and water pressure from a reservoir to distribute water down the mountain to Mudula. Other communities near the pipeline also benefited from the water through distribution points along the way. The success of the Mudula water system became the model for the water solution in Ottoro.

Adams Thermal Foundation retained a water engineer and, working in conjunction with local government officials, began the search for a higher elevation spring source that could serve the school and local community for the long-term. The water team identified a source 4.6 kilometers away from the school at an altitude of 9,065 feet above sea level. The spring had a capacity of 1.4 liters per second and could easily fill most of a 50,000 liter reservoir overnight. Another smaller source with a capacity of 0.4 liters per second was located nearby. So negotiations began with local government and zone officials to cap both springs and distribute the water down the mountain with a gravity-fed distribution system. There were two primary issues to negotiate. First, the rights to cap the springs and use the water. The second issue was to establish ownership, administration and maintenance responsibilities so that the system would be kept in good working order. Agreements were made with both the Ottoro community, called the Duna woreda (district) and the neighboring Tembaro community, called the Bada woreda.

Vital to the success of the water project would be the contribution of labor by members of the community. This labor would serve as the only investment the local community could offer. However, it also ensured maximum engagement and ownership by the community so that the long-term viability of the water system could be guaranteed. The community also provided some of the building materials that could be harvested nearby. Men and women, young and old, brought their farming hand-tools and began digging a trench for the water pipeline all the way up the mountain. Those who could not work came to offer encouragement and prayers for the laborers. No roads could access the water points or sources so all the supplies including sand, rock, cement, rebar, pipe, valves and fittings had to be walked up the mountain on donkeys and horses.

When the water is officially turned on in December of 2018, seven (7) villages comprised of 550 households and an estimated 3,300 users will receive fresh, clean water daily through local distribution points just minutes away from their homes. While Adams Thermal Academy Ottoro is currently drawing water from a short-term, low-capacity source, the school will tap into the end of the new pipeline. The 560 students at the Academy will finally enjoy the permanent benefits of good sanitation, clean hands and faces, and pure water to drink as they grow and learn. Best of all, children will be in school rather than fetching water several hours each day for their families.