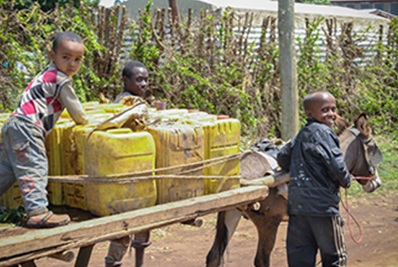 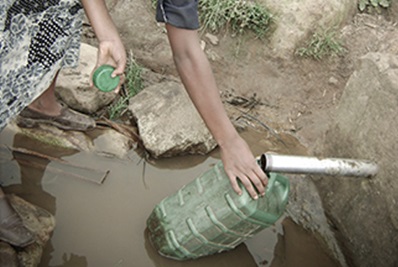 Like many African countries, parts of Ethiopia face severe water shortages, poor sanitation, and lack of access to clean water. A study conducted by Water.org concluded that only “42% of the population has access to a clean water supply” and only “11% of that number has access to adequate sanitation services”. In rural parts of the country, these figures are even lower, resulting in health problems in the villagers as well as their animals.

Drought over the last 20+ years has led to wells, streams, ponds and lakes drying up or becoming very shallow. Many people living outside of the cities collect water from these sources which, in their depleted state, are often contaminated with animal and human waste, worms and disease. During times of drought, disease runs rampant through small villages and towns. Frequently there is not enough water for people to bathe which leads to infections and sickness in children. Water borne illnesses, such as cholera and diarrhea, are the leading cause of death in children under five in Ethiopia.

Children, and especially girls, are often charged with collecting water for their families each day, which often takes three hours or more to complete. The water sources are rarely conveniently located so the children are required to haul empty jugs on foot or by donkey cart to the water, fill them up and haul them back, often traveling several miles in the process. In many cases the children spend so much time collecting water that they are unable to attend school.

In 2013, when Adams Thermal Foundation (ATF) initially took over the operation of the school in Ottoro, they discovered the spring-sourced, gravity-fed system that had supplied water to the school was dried up and the infrastructure degraded.  This marked the beginning of the Ottoro Water Project. A temporary solution was put in place when an alternative active spring was located and the infrastructure repaired. While water was once again flowing to the school, the supply was limited and would need to be upgraded further and stabilized.